PDXpert product data management software allows you to easily establish relationships between your parts and the documents that define them. Although PDXpert PLM software lets you create part numbers in sync with your document numbers, we'll explain how to simplify your engineering change process with (a) independently-assigned document and part numbers, and (b) explicitly-defined relationships between a part and its defining document.

Back in the old days, good practice linked part numbers with their defining documents. MIL-STD-100G, STANDARD PRACTICE FOR ENGINEERING DRAWINGS, declared that:

404. Part or identifying number. The Part or Identifying Number (PIN) shall consist of letters, numbers or combinations of letters and numbers.... The PIN shall be or shall include the design activity drawing number, and may include a suffix identifier (if applicable).

The Part or Identifying Number (PIN) is an identification assigned ... for the purpose of uniquely identifying a specific item. A PIN is the same as, or is based on, the controlling drawing number.

It may have once been "standard practice" but it's no longer especially useful.

The original rationale for tying document and part numbers

At one time, searching for a part's supporting documentation was slow, labor-intensive and expensive. The quick solution was to explicitly tie the document and part numbers together. There were two versions of this technique:

Our principal identification goal is to assign permanent "handles" to information throughout the items' lifecycles. However, documents have different life cycles from the parts they describe.

It's a fair bit of extra work to change the document number to match the part number, and vice versa. Using a computer, it's simple to tie part 123456 Rev 2 to drawing 76543 Rev 4, and let them each change according to their own lifecycles.

For reasons similar to those described in our part numbering system design topic, a drawing or document number should be:

Benefit: It's all about simplifying your change process

Nowadays, best practice in identifying both parts and documents is to use short numeric sequential identifiers. As Michael Grieves advocates in Product Lifecycle Management (page 166), "... the part number has no meaning itself but simply acts as a pointer to the always accessible product information".

Similarly, the clear trend, based principally upon computerization, has always been away from establishing any identity relationship between parts and their supporting documents. This is a change from older practice, especially popular in defense contracting, of tying the part number to the defining document number.

As always, let the computer do the tedious work so you can focus on the interesting stuff!

Contact us if you'd like to discuss how the general concepts in this note may be applied to your situation. We'd be happy to address other PLM software good practices — ask us! 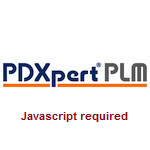